Three thoughts occurred to me when I saw Shadow Snake (by playpanic) on the Kongregate home page:

1: A new game with 3 badges and a challenge? Awesome!

3: So whats the gameplay like? Ooooohhh nuts – this is going the same way as Oroboros (by funface), more on that later.

So your a snake (type thing) and your goal is to eat little pacman-esque nuggets while avoiding the little gribblies that inhabit the game. One serious criticism right there: If the game is all about not crashing into things please don’t call it shadow snake – if I were an insubstantial shadow this would be a whole lot easier. Maybe I’m being picky, but after a few hours of this incredibly frustrating game I’m not in the mood to be charitable. They should have called it Solid Snake (and been sued) or just Clunky Snake With An Annoyingly Long Tail (CSWAALT for short – an acronym as unwieldy as the game itself).

The basic game mechanic for these games is unfortunately hugely flawed. The best analogy I can think of to describe what controlling that bloody tail is like would be trying to reverse a car while towing a caravan – yes I understand that I technically have control over the damn thing, but getting it to go where you want is beyond the realm of mortal men. The game if fine for the first few levels where there are few things to avoid but things quickly get unpleasant as the screen fills up with the random little bastards.

Oroboros (a very old game from the depths of kong) did the exact same thing with a very similar game mechanic, and it too suffered from a game mechanic which makes it basically unplayable, but at least there there was some ability to kill the things trying to kill you. But hey – maybe you like this type of game, aced Oroboros and have a savant-esque ability to control computer snakes. Then this game is for you, right?

Wrong. Shadow Snake 3 manages to make some huge errors in basic game design which are totally unrelated to the gameplay. Here are a few:

1: Upgrades are incredibly expensive, and have to be bought anew every 7 levels (i.e. bought separately for each ‘Temple’ chapter). From scratch. For no observable or explicable reason. I can’t even think of a reason why they might have wanted to do it this way – other than a hatred of all gamers. After much complaint from players the game was updated to allow you to sell upgrades from previous temples (at 80% of the original price) but that doesn’t help much since you have to replay earlier levels to unlock later ones. Selling anything before you’ve unlocked all the levels is a huge risk.

2: Compounding the expense problem is that when you replay a level you get basically nothing. I’m going to let the numbers talk here: Upgrade costs range from  500 (the cheapest thing on the cheapest stage) to upwards of 32k (i never got any higher, but that’s for a level 3 speed upgrade on the final set of levels – 5 upgrades total, so it probably peaks at around 100k). The first time you complete a level at a given difficulty level you will be awarded somewhere between 2-8k (perfectly reasonable). Repeat any level and you’ll earn less than 100 of whatever currency this is (ying-yangs, apparently). Someone did the math and this basically means that for a final upgrade you’ll need to replay levels around 100 times. ARE YOU INSANE?

3: I’m just being picky here but I really didn’t like the vibe of the game. We earn little ying-yangs, battle in the earth/air/wind/fire temples and each level is introduced by a thoroughly irrelevant quote from Confucius. It’s not that a bit of spirituality or deeper meaning can’t improve a game – Loved is a fun little game that does exactly that – but only if its related in some way to what you are doing. Shadow Snake just dollops on as much ‘meaning’ as it can like a fat kid making a peanut butter sandwich, and is therefore rendered completely meaningless.

So yeah… not my favorite game. The graphics are fairly good I guess, and the genre could go so far. I loved Flow – a great game playable for free (I don’t want to link to it because I’m not sure where it originally came from, but search ‘flow game’ and you’ll find it) which uses roughly the same mechanic, but a game is sub-standard when I play the 3rd installment and feel nauseous at the thought of playing 1 and 2.

I think it’s time for me to introduce what will probably be a very common style of game review on this blog – Kongregate flash games. For those who don’t know, http://www.kongregate.com is one of the largest free game portals on the interwebs, with loads of great (free) games for all to play. Even better, you can get your daily dopamine dose with an on-site ‘Badges’ system.

I’ve been on the site for a few years now and times are changing. Games increasingly have systems for paying for ‘optional’ extras, but these extras are becoming increasingly vital to the gameplay itself. Hundreds of cloned games are being produced which copy excellent old titles just to be able to develop a product that can be sold as an App (Don’t even get me started on Angry Birds – you should play Crush the Castle). That being said there is a mass of great games on the site and my objective is to help you sift through the dross to find the diamonds. Here are a few old favourites:

In Brief: Simple gameplay but complex strategy for those who love thinking while they play.

Other games use the same mechanic – Pixel Legions, Civilization Wars, Phage Wars 2, Nano War – but what makes this game so perfect is the tentacle function (oh gods, I can’t believe I just said that). Depending on where you choose to cut an arm it can either be a dose of reinforcements for a beleaguered cell, or a sudden and shocking attack on an opponent.While the precise gameplay is quite hard to describe (go play it for yourself!) it is incredibly easy to pick up the basic principles.

In Brief: The ultimate, all-time champion of tower defence.

The latest incarnation of a very successful TD series, Gemcraft narrowly beats Bubble Tanks TD as my favourite TD game. GCL has literally everything you could want – a wide variety of enemies, different tower types, beautiful top-down graphics and literally hundreds of different level designs and options. It even has a pretty good (if also pretty sparse) story! The game is well balanced, but if you’re kicking ass try ramping up the difficulty. The endless mode will be totally impossible without a good strategy, but it is beatable ending at wave 1337 (which is a nice touch for those who g37 th3 j0k3).

Gemcraft also brings something new to the table in its way of distinguishing tower types. Towers themselves are just neutral passive buildings, but you can craft gems (duh) to put in them to make them act. The gems are what determines the property of the tower – high crit, poison, slow etc., and the gems can be combined and upgraded to your personal tastes (mine was always bloodbound-critical-lightning, the GCL equivalent of a chainsaw to the face). Gems can also be used in other ways – as one-off bombs, sold for mana, put into traps etc. The flexibility this gives the game is incredible as there are hundreds of ways to beat every level.

Also, a new one is coming out soon, so better get some practice in!

In Brief: The unfortunate effect of too much codliver oil

This one is both adorably silly and a wonderful shooter. Take control of your ex-Special Services granny (everyone has one) and use vegetables (?) to attack the aliens (?) attacking your house with snowmen (?). Sounds ridiculous, but its got everything a good shooter needs – different objectives in different levels, different weaponry (the shotgun peas are my favourite) and a real sense of just good fun.

Also, as with all of Silen Games’ games the graphics are superb. Even without utilizing the Unity3d options for flash this game makes everything look and feel real even though its top-down – just like Warcraft3 did back in the day. Genuinely fun for all ages (so basically the exact opposite of monopoly).

This one comes last because I don’t think its for everyone, and to be honest I’ve had a bit of a love/hate relationship with it. It literally feeds of rage quitting, growing every stronger in its quest to drive players insane.

Gameplay wise its a pretty straightforward running game. Your character runs endlessly to the right and you use the jump button (AKA the only button) to avoid pits and such. The speed gradually increases and the gaps get wider and wider, until in the end you are flying across the screen, nerves frayed, finger twitching frantically, screaming when you mistime a jump and get flattened against a wall. The gameplay in this type of game isn’t complicated, but Canabalt gets a perfect difficulty curve which gives it massive replayability.

The thing that really sets it apart however are the graphics and sound. A monochrome 8-bit apocalypse is going on in the background the whole time and the music fits in perfectly.

In Brief: A hook on a line

OK This one isn’t really a game – its a tool for organizing the badges on the Kongregate site. Once your hooked on the site your hooked, and Badgemaster makes finding a fresh new unearned badge to go for easy. Like a crack dealer delivering to the doorstep. It can also give you your stats – see mine above!

Quick announcement: Due to a bout of flu, ep5 of the Tekkit quest won’t be up today, but you’ll get 2 episodes tomorrow, so hang on in there. 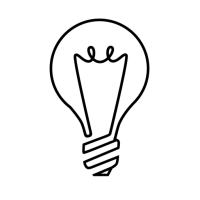 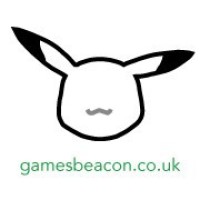 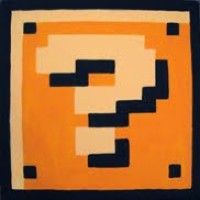